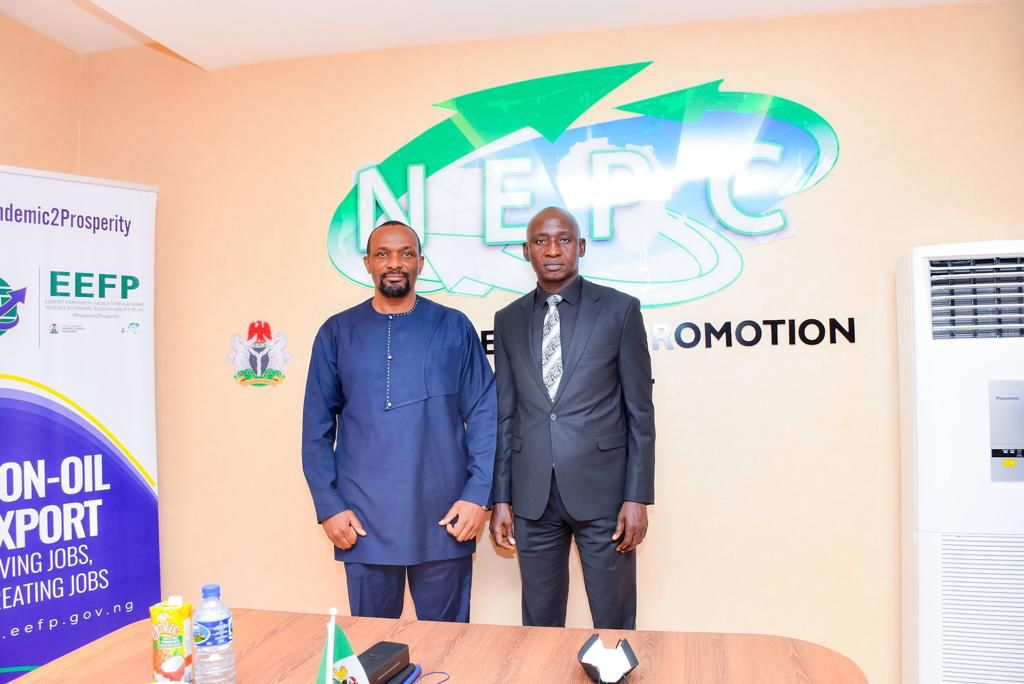 This was the outcome of a meeting between both agencies where Acting Executive Secretary/CEO, NIPC, Mr Emeka Offor and his team paid a courtesy call on Executive Director/CEO, NEPC,  Dr Ezra Yakusak who led his Management to host the meeting.

“When investors make an investment, ultimately some of them will export outside Nigeria,” Mr Offor said emphasising the initiative’s potential to strengthen economic development. At the joint events, “when we speak with investors and they come in, NEPC would speak on preparing them for the export market,” he stated.

NIPC and NEPC have worked closely on a number of events. Recently NEPC played a key role in supporting the Nigerian Trade and Investment Forum (NTIF) at the EXPO 2020 which was organised by NIPC.

In his comments, the ED/CEO NEPC described the relationship between both organisations as symbiotic. At NEPC, “our doors are always open for collaboration with NIPC,” he said.

Mr Offor also used the occasion to congratulate the ED/CEO, NEPC on his recent appointment, wishing him a successful tenure in office.