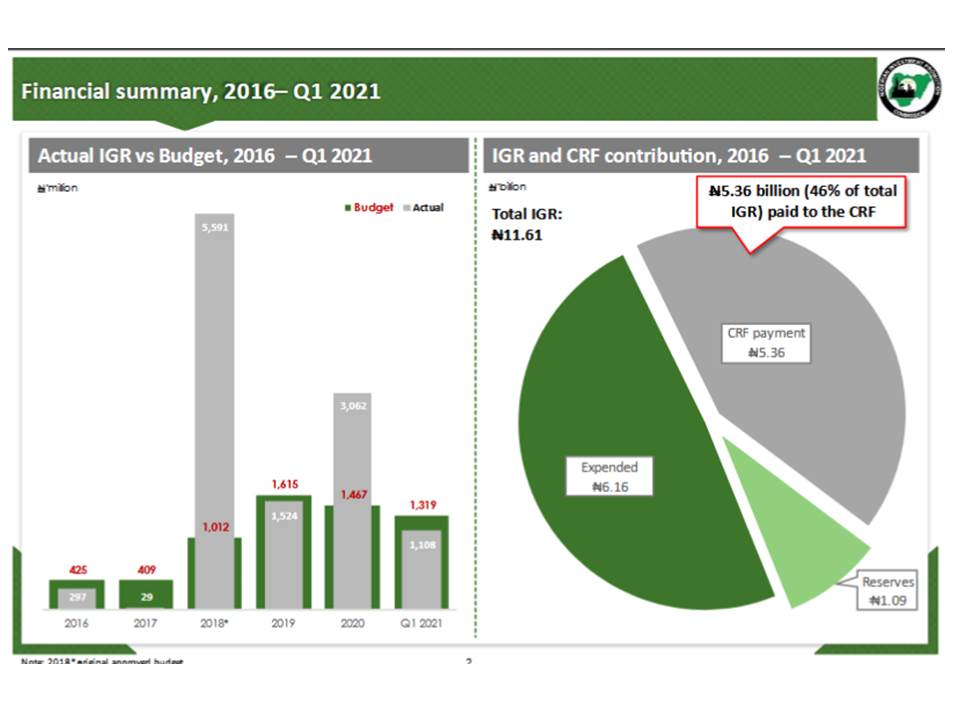 Nigerian Investment Promotion Commission (NIPC) has advised that it remitted N5.36 billion to the Consolidated Revenue Fund (CRF) from its Internally Generated Revenue (IGR) between January 2016 and March 2021. The amount
represents 46% of the total IGR of N11.61 billion generated during the period.

Following NIPC’s addition to the schedule to the Fiscal Responsibility Act in November 2016, the Commission has been subject to the remittance of 80% of its Operating Surplus to the CRF. As part of its commitment to better governance,
proactive compliance and transparency, NIPC makes quarterly proactive disclosure of material financial, legal, procurement, personnel and operational information.

NIPC generated its highest income in 2018 (N5.59 billion), a result of the backlog from the lifting of the 2-year suspension on the administration of the Pioneer Status Incentive (PSI). PSI service charge accounted for 96% of NIPC’s IGR in the period covered by the report; NIPC’s average annual IGR over the period was
N1.93 billion.

In the 2020 Freedom of Information Act (FOIA) Compliance and Transparency Award, NIPC was ranked 2nd out of the 213 MDAs evaluated, maintaining the impressive ranking, first attained in 2019, for the second successive year. The
Commission was the most consistent among the leading MDAs ranked in 2019 and 2020. NIPC’s ranking and the improvement from its 2016 ranking of 90th out of 131 MDAs validate the hard work done by Management and staff at improving internal transparency and compliance with the FOIA.