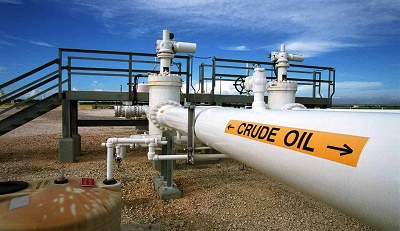 Having consistently dropped Nigeria’s crude oil in recent quarters, the United States (U.S) has returned to become one of Nigeria’s top trading partners after importing crude oil valued at N349.5 billion in the second quarter of 2019 (Q2).

According to the foreign trade report released by the National Bureau of Statistics (NBS) for Q2 2019, the U.S returned to make Nigeria’s top 10 trading partners, ranking 4th on the list.

Over the years, India has claimed the top spot, to become Nigeria’s top crude oil importer. In Q2 2019 alone, India imported Nigeria’s crude oil to the tune of N724.1 billion. Meanwhile, a quick look at the Energy Information Administration (EIA) shows that following the volume of crude oil exported to the U.S between April and June, Nigeria now ranks 6th biggest exporter of crude to the U.S.

U.S Top oil exporters: According to the data obtained from the EIA by percent share of total oil imports in 2018, Canada was the U.S biggest oil-exporting country with 43% of total crude oil imported by the U.S.

Following Canada on the chart is Saudi Arabia. Specifically, Saudi Arabia exported 9% of U.S total crude oil imports in 2018.
Other countries that made the top five countries include Mexico (7%), Venezuela (6%) and Iraq (5%).

Meanwhile, the latest EIA report shows that as of June 2019, Nigeria remained the 6th country with the largest crude oil export to the U.S. Countries ahead of Nigeria include Canada, Saudi Arabia, Mexico, Iraq and Columbia.

Saudi-Arabia’s 9% up for grabs? Despite exporting crude oil worth N349 billion in Q2 2019 to the U.S, the latest development in the crude oil market portends another opportunity for Nigeria to increase its share of oil export to the U.S.

Over the weekend, Saudi Arabia, the OPEC’s largest exporter of Crude Oil reported that one of its major oil facilities was hit by a drone attack. The attack reportedly affected about 5 million barrels per day of crude oil production, about half of its output.

Following the recent attack on two oil facilities in Saudi Arabia, there are indications that oil prices could go as high as $100, as witnessed six years ago. While reactions have trailed the Saudi attack, Nigeria may be one of the biggest gainers as the U.S may turn to Nigeria for more crude oil, which will translate to more billions for the country.