NIS Introduces web Based Application for Visa on Arrival 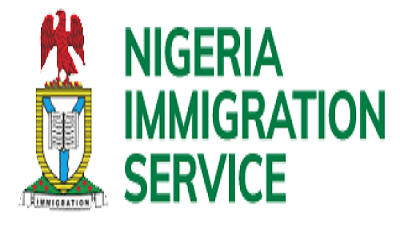 (NIS) disclosed on Tuesday that it has introduced Web based application for Visa on Arrival (VOA) for investors, tourists and others seeking to come into the country to eliminate hitches associated with manual processes.

The new system, a source close to the service, hinted is to ensure seamless facilitation of business people seeking visa to travel to Nigeria.

The new system, the source added, will eliminate the activities of third parties, who served as middle men for applicants under the manual process.

He said the new system is working swiftly as the MMIA alone in July 2019 recorded over 2,194 applicants.

Besides, the introduction of Web based application, the NIS, he said has also introduced Servicom and anti – corruption desks at all formations to monitor the activities of its personnel in line with government policy of the Ease of Doing Business.

He said teething problems being experienced by some applicants trying to access the Nigeria Immigration Service (NIS) Visa on Arrival (VOA) scheme could be ascribed to some of the applicants’ inability to upload the right documentation or provide the right details for approvals to be sent.

The immigration source said though Visa on Arrival was targeted at attracting business investors, some applicants either keyed in wrong email addresses, refused to upload all the four documents required or use the card number from the public cafes.

According to him, the approvals or responses were supposed to come within 24 hours.

He said: “Some applicants have issues. From our findings we saw that applicants don’t key in their own e-mails.

“They don’t use their own cards, they use the cyber café card and the response goes to the Café Not the applicant. Approval centres are up and running 24 hours there is no time you won’t get us.

“We have had a case where a gentleman came and reported to us that he applied and it had gone beyond 24 hours as he was complaining, our boss checked and saw that he has been approved and asked him what email he used and he started thinking and when he recalled, he called his brother who had it in his own e-mail.

So you see the process has been fine-tuned, there were initial challenges but now there is someone always responding to VOA applicants 24/7.”

According to him, the applicants are provided a digital key where they can verify the authenticity of their approval.

“VOA has become web-based and so applicants have nothing to do with our offices just like the Dubai concept where applicants can get the VOA and print out on their own.

“In the recent past, the applicant would go through a representative who applies to the Comptroller General on the applicants’ behalf and seeks the approval but now that is not the case, as there are no third parties.”