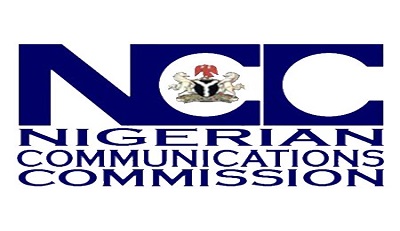 Space technology has gained significant momentum in Nigeria, and in a bid to expand its frontiers in the space ecosystem, the Nigerian Communications Commission has opened its doors to further collaboration with international satellite operators.

Speaking during the formal presentation of the permit to AVANTI at the Commission’s headquarters on Monday June 24 in Abuja, the Executive Vice Chairman of the NCC, Prof. Umar Danbatta, explained landing permit implies authorisation that allows operators to beam its signal over the territorial integrity of a country, saying the landing permit, the first of its kind in satellite communications in Nigeria, was a direct consequence of employing the services of the satellite operator.

Danbatta represented by the Commission’s director of spectrum administration, Engr. Austin Nwaulunne, pointed out that AVANTI is the only operator that has invested in the installation of international gateways and data centres in Africa.

This high capacity service has come to Nigeria through an international gateway that has been deployed by one of our local operators. With such high capacity facility in place and easily accessible, our local operators can now be more encouraged to deploy services via satellite to serve the un-served areas hence bridging the digital divide currently being experienced by the nation”, he added.

In her remarks, AVANTI’s chief regulatory officer, Ann Vandenbroucke, said the deployment of the satellite would enable immediate broadband access and faster internet services to Nigerians, saying the permit was a big step forward for Nigeria and its economy.

She added that the company was attracted to invest in Nigeria because of the stable and predictable regulatory environment. She also stated that the company built two gateways in Nigeria and South Africa to serve the African continent in order to ensure good quality of service. In her words, the presence of two gateways would make sure that the services of the company in the region would not be affected by the vagaries of weather conditions.

“We are working with the mobile operators here and that means we can bring faster internet services because we are not providing satellite TV, we are internet in the sky so what we want to bring to Nigeria is immediate access because the satellite is there. It enables broadband access to anybody, anywhere.

Our investment is very much in infrastructure and what happens with roles in terms of economic growth is something that is realised through an ecosystem, so we are looking for strategic partners to develop applications for an atom. It’s a bit like the rain, we are the clouds and we are beaming down capacity. We are a technology company, facilitating economic growth throughout the ecosystem”, said Vandenbroucke.

This landing permit, the first of its kind in Nigeria, is an authorisation that operators are required to obtain for their satellites to beam signals over a country’s territory, as it touches on the territorial integrity of the country in question. Beyond providing competition for NigComSat and other telecoms providers, this could potentially be a huge step in creating improved access to technology, and propelling Nigeria even higher in the African space industry.