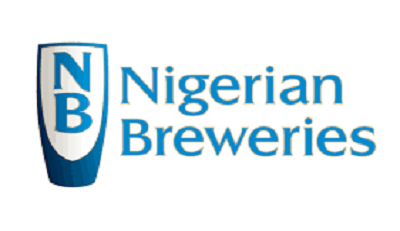 Nigerian Breweries Plc has notified the Nigerian Stock Exchange and the investing public its intention to raise up to N15 billion in the third and fourth series of its N100 billion Commercial Paper (CP) programme.

The explained in a statement to the Nigerian Stock Exchange (NSE) that the funds are being raised to support its short-term funding requirements. According to the statement;

“In addition to providing an opportunity for non-equity investors to invest in the Company, the CP programme continues to support the Company’s cost management initiatives with the overall aim of reducing its cost of fund. The CP also serves as an additional source of funding for the Company.”

Recall that Nairametrics reported that the company announced in April it wanted to raise N15 billion in the first and second series of its N100 billion CP programme, which was later concluded.

Nigerian Breweries Plc is one of Nigeria’s leading brewers who is competing with the likes of International Breweries and Guinness Nigeria Plc for market share. In Q1 2019, the company reported a revenue of N91.3 billion as well as a profit after tax of N8 billion. The company’s stock is currently trading at N58 on the Nigerian Stock Exchange.

About Commercial Paper: In the global financial market, a commercial paper is an unsecured promissory note with a fixed maturity of not more than 270 days. It is a money-market security issued (sold) by large corporations to obtain funds to meet short-term debt obligations and is backed only by an issuing bank or company promise to pay the face amount on the maturity date specified on the note.

Since it is not backed by collateral, only firms with excellent credit ratings from a recognized credit rating agency will be able to sell their commercial paper at a reasonable price.

Commercial paper is usually sold at a discount from face value and generally carries lower interest repayment rates than bonds due to the shorter maturities of commercial paper. Typically, the longer the maturity on a note, the higher the interest rate the issuing institution pays. Interest rates fluctuate with market conditions but are typically lower than banks’ rates.