Nigeria-China $70b Trade Volume gets Boost 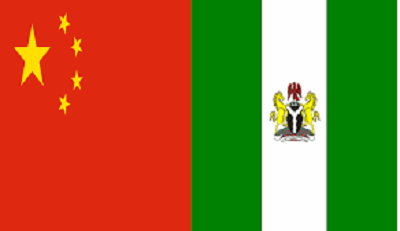 Nigerian and China bilateral relations got a boost when more than 200 Chinese companies attended a three-day China Homelife Fair in Lagos.

The Chinese firms were on a trade mission to expose themselves to the country’s manufacturing environment and strike deals with state governments and others who desire to go into joint ventures.

ELAN Nigeria Chief Executive Officer and Project Coordinator of the Fair, Jude Chime, urged participants to leverage the meeting to explore joint ventures that would aid local production rather than importation, adding that bilateral relations between both countries were over $70 billion and can be more if properly harnessed.

Chime said the fair was organised to bridge the gap between Chinese manufacturers, who are seeking to expand their footprints in the country and the West African region.

According to him, some manufacturers are looking at backward integration in the production of certain electronic items in the country.

He said: “We have over 200 manufacturers representing China. The purpose is not to make sales, but to meet with stakeholders in the investment sector to explore opportunities on how to create an investment hub where manufacturing activities can take place.

“One of the companies from Shenzhen that is into production of television will be offering some Semi-Knocked Down (SKD) aspect of the television to start production in Nigeria.

“They will be meeting with some stakeholders to see how to exploit the project so as to bring down the production cost of television in Nigeria and in the West African region.”

Chime explained that the essence of the exhibition was to promote investment, noting that China and Nigeria had always had a great level of relationship in terms of trade and that he believes the exhibition will aid trade growth from the present level.

The project coordinator added that only the original Chinese manufacturers were the ones being admitted for the expo. The over 200 companies at the three-day China Homelife Fair were all manufacturers.

There were no middle men or traders, according to the Chief Operating Officer, Meorient International Exhibition Co., Binu Pillai, who noted that this year’s fair attracted more exhibitors than in 2018.

On the purpose of the fair, Pillai explained that the Chinese manufacturers were in Nigeria to deepen their investment, saying: “Last year, we had over 140 exhibitors, and this year there is about 15 per cent increase.

“The acceptance of Chinese products is increasing in Nigeria. Most of the exhibitors are here to deepen their investment in Nigeria and to see the market for themselves.

There are no traders at the exhibitors. We only have manufacturers here, who can negotiate the price and think of the best market penetration strategy,” he added.

Pillai continued: “Chinese businesses are looking for opportunities to come here and expand their horizon. We also want to work on that negative impression of substandard products associated with products originating from China.

“That is why we do not have either middle men or traders in this fair. There are a lot of electronic manufacturers, who are eager to come here to set up their factories to produce quality products.

We are hoping that before we leave, we will tidy up a lot of businesses and agreements for the good of both countries.”

Special Adviser to the Enugu State Governor on Small and Medium Enterprises and Investment Promotion, Anayo Agu, urged participants to take advantage of the technology that can be transferred to aid local production.

“We have told the Chinese manufacturers to start some local production as the days of importation are over, even as such practice remains unsustainable.

Nigeria is a gateway to many African countries and we have to position ourselves for local production,” he added. Agu, however, regretted that most Nigerian businesses are finding it difficult to think in the long term and change from the usual 90 days turn around.

He added that the only way to check unemployment, restiveness and insecurity is to provide jobs and opportunities for young people.