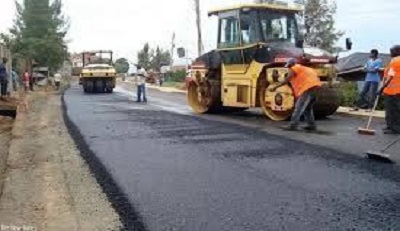 The Federal Government says it will grant tax incentives to private companies willing to fund the construction of major road projects in the six geopolitical zones of the country.

The Minister of Finance, Mrs Zainab Ahmed said this on Tuesday at the Public Presentation of the Approved 2019 Budget in Abuja. Ahmed, who spoke on some of the government’s Public-Private Partnership initiatives said any company who funds road construction will get tax credit or reduction equal to the amount invested in the projects. “The current government has undertaken several initiatives to partner with the public.

“One of them is the Road Infrastructure Tax Credit Scheme, where if any private sector builds any road with their own resources, they can recover the investment made through a tax credit. “Also, the federal government is automating the process of acquiring waivers or import duties.

Right now, the process is extremely cumbersome and has proven to be a drain on our resources. PDP to Buhari: Order investigation into N14 trn corruption allegation before May 29 “We have just advanced process for the project and we believe that once it’s automated, the process will be more transparent and efficient,’’ she said. Ahmed also said that the Federal Government had introduced the Strategic Revenue Growth Initiative for sustainable revenue generation in all sectors of the economy.

She said the initiative also seeks to improve monitoring collections by all revenue generation agencies. Meanwhile, the 2019 Budget Breakdown shows that the Ministry of Interior has the highest recurrent allocation of N564.22 billion, which covers salaries, overheads and other running costs in the Ministry.

President Muhammadu Buhari had on Monday signed the 2019 appropriation bill into law, signalling the beginning of the implementation of the 2019 fiscal calendar. The Statutory Transfer stood at N502 billion, Fiscal Deficit, N1.92 trillion, Special Intervention N500 billion, Recurrent Expenditure N4.07 trillion, Capital Expenditure, N2.09 trillion and Deficit to Gross Domestic Product (GDP) of 1.37 per cent. The non-oil revenue is estimated at N3.31 trillion while the oil revenue is estimated at N3.69 trillion.