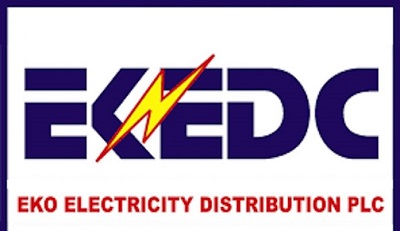 The Eko Electricity Distribution Company (EKEDC) has signed a Memorandum of Understanding (MoU) with Meter Asset Providers (MAP), to reduce the metering gap within its distribution network.

It requires all electricity distribution licensees within the country to engage MAPs, in a move aimed at bridging the metering gap of about 4.7 million electricity customers across the country.

Speaking at the event, the Managing Director of Eko Electricity Distribution Company, Engr. Adeoye Fadeyibi described the deal as a milestone and a demonstration of EKEDC’s unyielding commitment to the ongoing reforms in the electricity industry.

“As one of the first Discos in the country to key into this initiative, we are excited about the prospect that the initiative holds for the country.

“We are in no doubt that this is a significant effort at repositioning the Nigerian power sector which will ultimately bring about sustained Economic growth and enhanced development,” Fadeyibi said.

He also observed that the new metering programme would help to reduce obstacles and bottlenecks that have hitherto impaired optimum power distribution within the electricity supply industry.

He charged the MAPs to ensure that all customers within EKEDC’s distribution network are captured under the new metering arrangement, while also urging them to ensure that installations of the meters are carried out in a manner that guard against revenue loss.

On his part, Mr Durosola Omogbenigun, of Integrated Resources Limited, appreciated the management of EKEDC for a concise and well laid-out proposal agreement, that captures the workflow, terms of reference and performance benchmark.

In his reaction, Mr Godfrey Ohuabunwa of Gospell Digital Tech Limited, described EKEDC as the most organised power distribution company by his assessment. He said having interacted with almost all the DISCOs in the country, he came to the conclusion that the EKEDC has the most sustainable implementation framework.

During the engagement, the MAPs are expected to ensure the supply of meters to unmetered customers within EKEDC’s distribution network.