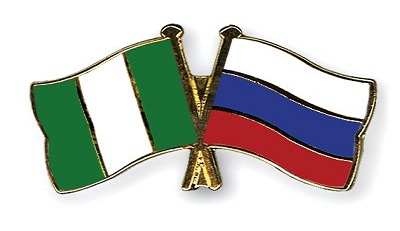 The Abuja Chamber of Commerce and Industry (ACCI) has unveiled new strategies and innovative ways to deepen Nigeria-Russia economic relationship.

Its President, Mr. Adetokunbo Kayode, who made this known in Abuja at the Nigeria-Russian Business Forum, said the forum would help revive the old economic ties between both countries.

“This event promises to be an important platform for entrepreneurs and investors, who are active in the rapidly growing economies at the global scale to interact and do businesses among themselves,” Kayode said.

He said the forum would be used to refocus the relationship to become one not only based on trading in finished goods, but also on critical areas.

Kayode mentioned the critical areas as the manufacturing industries, agro-processing, steel and metallurgy, automobile, oil and gas and technology.

He said the two countries were very important and valuable markets for the producers of products, goods and services.

He said the forum would also serve as platform where products and services would meet customers and Business to Business (B2B) meetings, which will provide opportunities to network and cultivate lasting business relationships.

Kayode said over the years, the diplomatic relationship had witnessed the establishment of Russia-Nigeria Business Council (RNBC), which oversees economic activities between the two countries.

“After series of meetings, we have acted passionately and revived the council under a new leadership,” Kayode said.

Nigerian Ambassador to Russia Mr. Stephen Ugbah said he had to work hard when he resumed in the country because for some years Nigeria had no ambassador in Russia.

Ugbah said Russia’s involvement in Nigeria’s economy was low. According to him, the Nigerian government was focusing on boosting the country’s economy.

He, however, complained that there was lack of awareness on both side of the countries, noting that such must be addressed.

“Nigeria does not know much about Russian economy and same with Russia,” Ugbah said, noting that the forum was designed to sensitise Russians on the business opportunities in Nigeria.

He added there is a lot Russians can benefit from the Nigerian economy.

The Russian Deputy Head of Mission, Mr. Valéry Shaposhnikor, said although the country had not benefited enough from Nigeria, but with the recent relationship much would be achieved.

Shaposhnikor, who was represented by the Russian Ambassador to Nigeria, Mr. Alexey Shebarshin, said: “I believe this forum will help us learn more about Nigeria and areas of investment opportunities.”