Nigeria to Construct a US $99.7m Dry Port in Ibadan 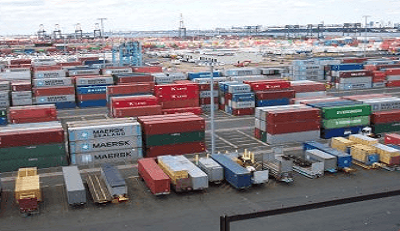 Nigeria is set to construct an Inland Dry Port (IDP) in Ibadan at a cost of US $99m. Abiola Ajimobi, the Oyo State outgoing Governor announced the reports and handed over the vital documents for the 90ha of land approved for the construction of the project to Rotimi Amaechi, the Minister of Transport.

The port is aimed at decongesting Apapa Seaport, ease gridlock on the Apapa expressway and engender massive employment as well as improve the government’s Internally Generated Revenue.

Ibadan dry port
The governor expressed gratitude to the Federal Government for bringing the project to the state, saying it would impact positively on the socio-economic development of the state. While some containers and commercial goods would be transported through the ongoing standard gauge railway to Ibadan to ease the gridlock in Apapa and boost employment opportunities in Oyo state, he however warned that the state should be prepared for the attendant traffic gridlock that may come with it.

About 24,000 direct jobs will be created. The government is in talks with the Niger Republic and Chad to make the Kaduna dry port their port of destination which would further boost economic activities and create more jobs.

To further attract investors to the dry port, the government was also in talks with the Commonwealth Enterprise and Investment Council in London to attract investment.

The Kaduna State Governor Mallam Nasir El-Rufai, in his remark, observed that the significance of the Kaduna Dry port was that goods can be exported and imported in and out of Kaduna inland dry port without the containers being opened up for inspection in Lagos.

The governor disclosed plan to send a delegation to the Republic of Niger to sensitize the government of that country about the benefits of receiving their goods in Kaduna instead of Lagos.