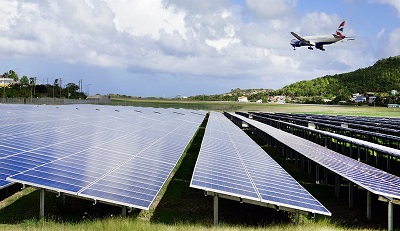 Korean Energy Company, FINEECO has met with the Kogi State with a bid to establishing a solar power plant as the nation moves towards renewable energy. The company said the strategic location of the state and its economy were key factors that convinced it to set up the plant, with the hopes of reaching other parts of the country with its product.

Speaking for the Korean businessmen after a closed door meeting with some officials of the Kogi government in Abuja, Martin Ezemma, said that it was about time that the nation takes advantage of the abundance of Sunlight in the generation of power to meet the nation’s needs.

“we are here to surf for opportunities and ensure that the country is on the path to constant development and to that effect, we were very fortunate to meet with the Kogi state government and we are looking at taking the relationship further with our friends from Korea.

“the need for solar is an issue that concerns all parts of the country, however, we also believe in relationship and we are pushing that anyone who is coming to do business in our country will start from the areas that we have friends. “We are very encouraged that Kogi is situated at the central part of the country and a place that has a viable economy. “we also came to Nigeria to market our Solar products” he said.

Speaking for the Kogi government, Abdulkareem Onyekehi Suleiman, SA on Multilateral, Donor Agencies, Special Project and also the state focal person, Social investment program said that a follow-up meeting was underway between the company and kogi state economic team. He also assured them that the governor has invested heavily on security so as to give the investors a safe environment, promising to provide land for the solar plant.