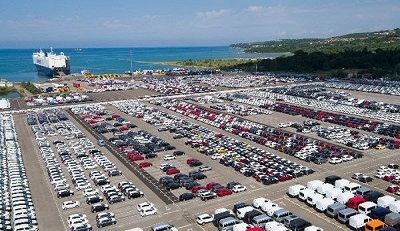 Nigeria has got its first private vehicle bonded terminal.

The Kano-based terminal is the brainchild of an indigenous firm, Habbas Multiventures.

Its establishment followed the Federal Government’s approval for private-car terminals to meet demands for imported vehicles. The government banned the importation of vehicles through the land borders in 2017.

The firm’s Managing Director, Hamisu Abba Sumaila, said no fewer than 1,000 direct and indirect jobs would be created in the next 12 months in the terminal.

He noted that this would contribute to making Kano a hub for vehicle purchase across the north.

The terminal, according to him, will serve a better purpose than the popular Cotonou car market as it has space, enabling business environment, proximity to northern states and adequate security for dealers and buyers, and uninterrupted power supply.

Sumaila said with the Habbas’ intervention, nothing should attract Nigerians into smuggling vehicles across borders as this would not only provide a market for legitimate transactions, it would also reduce the travel stress, and risks associated with buying single units of vehicles abroad.

He added that the facility is also an economic resource for Nigerians in the diaspora who are desirous of shipping vehicles home for sale and other purposes.

According to him, the company’s research reveals that prior to the government policy banning car import through land borders, many Nigerians from the north were travelling to Benin Republic to buy vehicles.

Sumaila revealed that the company has opened talks with vehicle importers and marketers wishing to extend their business presence to the north, urging them to maximise the benefits of the terminal.

Operational gadgets, such as forklifts and cranes, had been installed at the terminal a electronic and other requisite connectivity with the Kano Command of Nigeria Customs Service (NCS) have been strengthened, he said.

Located at Judo, Rijiyar Gwangwan District of Dawakin Kudu Local Government Area of Kano State, the terminal sits on a four hectares with a reserved five hectares for expansion.

Fitted with state-of-the-art close circuit television (CCTV) cameras for safety, security and adequate monitoring, the terminal has a strong presence of security agencies, including the NCS with adequate offices.

With this arrangement, the importer enjoys 28 days’ grace before paying duty on the vehicles not bought. He is relieved of the stress of raising huge amount to pay at the port of arrival. However, buyers are expected to pay the duty, thus relieving the importer of huge amount required to pay duty for imported vehicles.

The NCS licensed firms and individuals setting up vehicle-bonded terminals across in 2016.