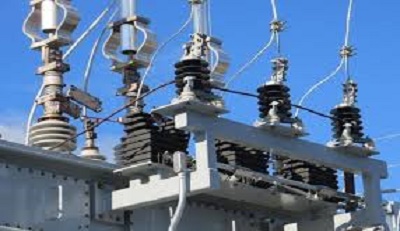 The Nigerian Electricity Regulatory Commission (NERC) is officially introducing sub-franchising of Electricity Distribution Companies‘ (DisCos) operations, in a bid to improve Nigerians’ access to safe and reliable electricity services in the country.

According to the franchising consultation paper released by NERC, the sub-franchising of Discos’ operations has become necessary due to the difficulties experienced by NERC while trying to sustain its traditional regulatory framework.

NERC also expressed concern that since the commencement of power sector reforms in 2005, the DisCos have been unable to satisfactorily meet stakeholders’ expectations in the provision of reliable electricity services to all customers within their franchise territories; especially those areas that are not considered to be economically viable.

About the Sub-franchising of Discos

The sub-franchising is a distribution franchising business model which may be applied by a DisCo, authorising a third party to provide electric distribution utility service on its behalf in a particular area within the DisCos’ area of supply.

According to NERC, the Commission is introducing a regulation to guide sub-franchising activities in DisCos’ operations and coverage areas in order to take advantage of evolving technologies. Also, adopting a new business model will assist in overcoming the challenges hindering DisCos from providing access to adequate, safe, and reliable services efficiently.

A move to break DisCos’ monopoly and improve electricity supply

Basically, NERC was established by the Electric Power Sector Reform Act to license and regulate legal persons engaged in the generation, transmission, system operation, distribution, and trading of electricity. Hence, the 11 DisCos were licensed to provide electricity supply and also meter consumers.

However, NERC stated that despite the natural monopoly enjoyed by DisCos as distribution network service providers, it has failed to effectively provide reliable electricity services.

To this effect, NERC affirms that introducing sub-franchising of DisCos’ operations and coverage areas is expected to break the monopoly and improve quality of electricity supply through investment in metering, billing, collection and network rehabilitation and expansion.

According to NERC, Proposals for the franchising arrangement can either be initiated by DisCos or customer groups (community) within a specified geographical boundary. The community, through a registered association, may formally approach the DisCo to declare its interest and initiate franchising arrangements in the areas of supply, metering, billing and collection including additional investment in the distribution networks where appropriate.

Additionally, NERC stressed that any unserved or underserved community have the option of exploring the provisions of NERC’s Regulation on Independent Electricity Distribution Network (IEDN) in finding solutions to their supply challenges as may be applicable.

What Sub-franchising discos are set to achieve

NERC further stressed that the implementation of the distribution franchising is expected to stimulate the desired prudent investments in filling the funding and infrastructure gap. Similarly, the commission stated that the current power generation level is significantly lower than the customer load demand in the various DisCos across the country.

Hence, to bridge this supply deficit, the franchisee may procure from other sources of power outside the contracted capacity with NBET on a bilateral arrangement through the national grid or from embedded generation sources.