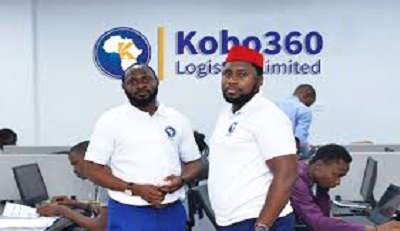 Its co-founder, Ife Oyedele II, said the company would open an office in Kenya this year with a view to exploiting opportunities along the Northern Corridor which is anchored at the port of Mombasa. It will also expand into Ghana after starting operations in Togo last year.

Mr Oyedele told a sector panel on logistics on the sidelines of the Africa CEO Forum in Kigali, Rwanda that the expansion is informed by steady growth in the key trading and transport hubs port of 12 percent in Togo, 10 percent in Kenya and 7.9 percent in Ghana.

“Kenya is the hub of East Africa, it is the most innovative market in technology and if we win here, we have won across the region. From here we will expand to Uganda and Tanzania,” said Mr Oyedele.

The platform, which started as an app, links shippers, leading and forwarding firms and truckers to provide seamless movement of goods. It now boasts over 4,000 users including Dangote Cement, Unilever and LaFarge.

In Kenya, the firm plans to equip drivers with tools for running trips smoothly. In Nigeria it boasts of having reduced logistics costs by 40 percent.

The expansion was announced as experts pointed out that logistics red tape could be the undoing of the Continental Free Trade Area, CFTA, which was launched last year. They said it takes more than 700 hours and some $2,500 per day to process documentation in some African countries.

“It is more costly to move goods from Kigali to Mombasa than it is between Mombasa and China. It is 50 per cent more expensive to trade in Africa than in South East Asia,” said Carlos Lopes, a trade expert.